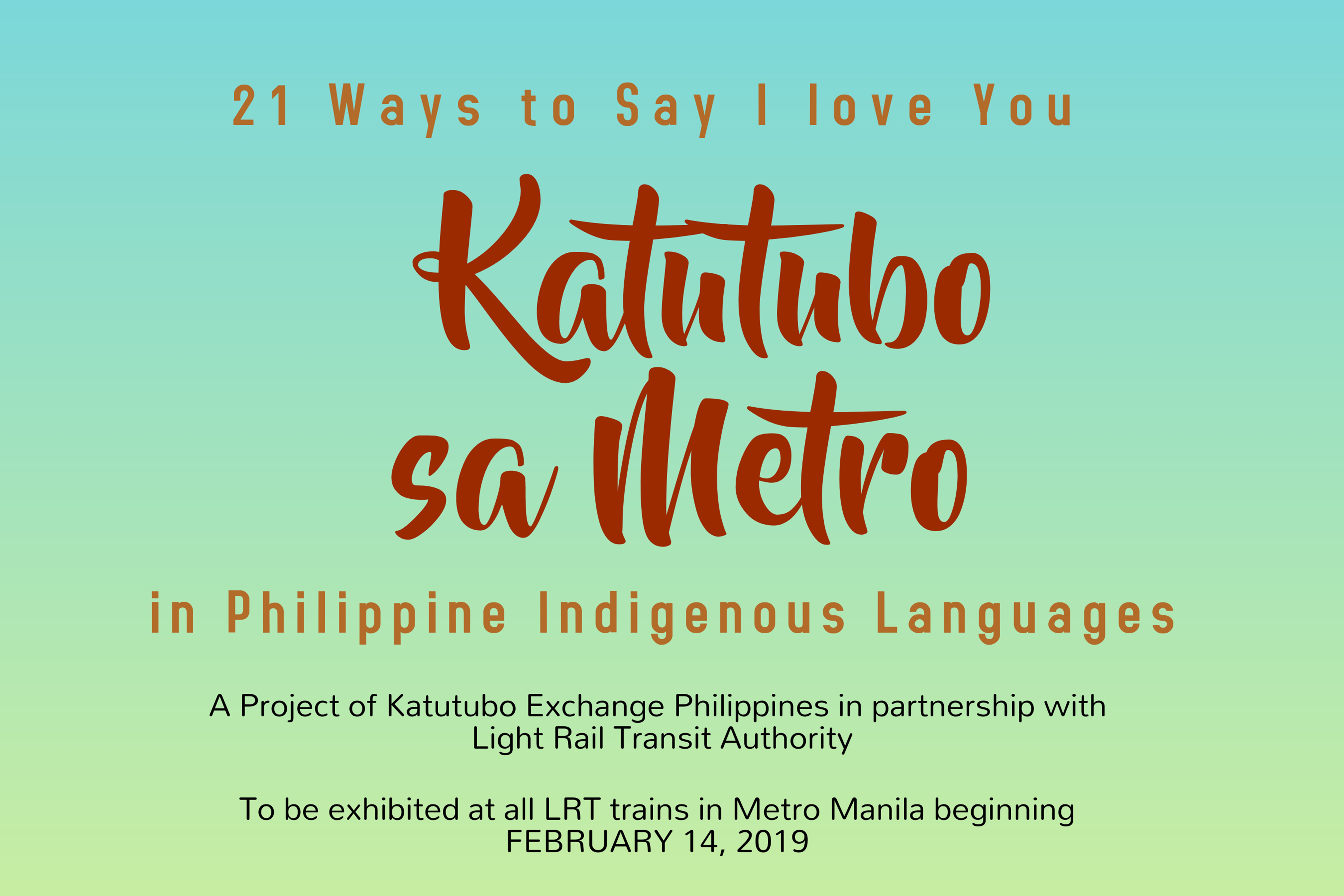 Katutubo sa Metro Project is another project undertaken by Katutubo Exchange Philippines promoting Philippine Indigenous Languages this year 2019. There were already 21 ethnic groups that participated in the cultural exchange program of Katutubo Exchange thus they are being highlighted in the promotion of the indigenous languages. Featured phrase is I love you in 21 indigenous languages plus a written language  in Philippine ancient script. This is in partnership with the Light Rail Transit Authority in Metro Manila. The slides will be shown on the LCD screens inside the trains to provide the riding public something to read and be familiarized with indigenous languages. Two lines of trains will accommodate the project.