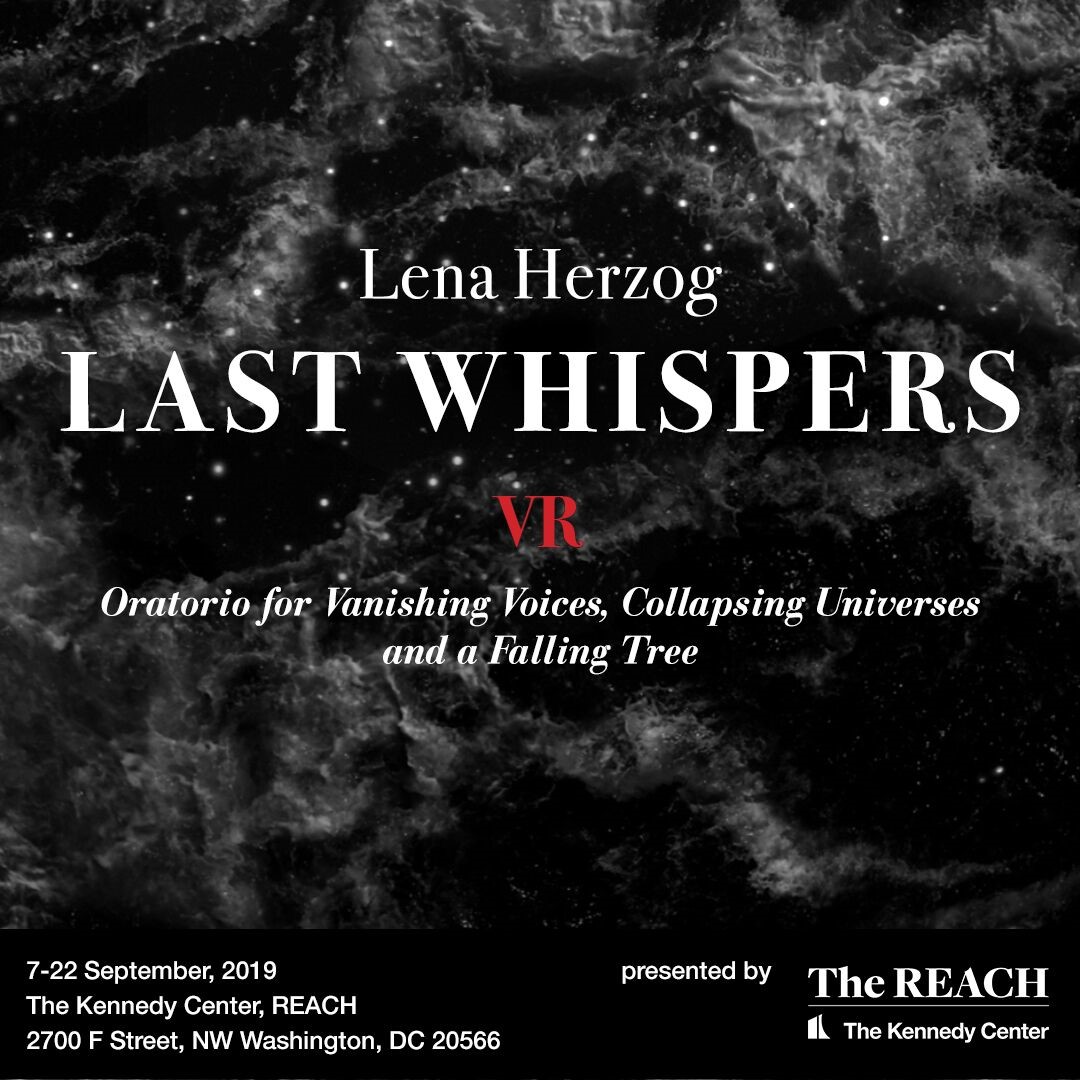 Last Whispers Oratorio for Vanishing Voices, Collapsing Universes and a Falling Tree is both an immersive audio video installation (AV) and a Virtual Reality Experience (VR). Both formats will tour internationally throughout the fall of 2019.

Last Whispers VR (7 min) is an immersive virtual reality experience made in collaboration with Emblematic Group. Dedicated to the mass extinction of languages, the project was created by Lena Herzog, and features sound design by award-winning sound designers.

Presented in an immersive sound environment, a chorus of spoken and sung extinct and endangered languages, punctuated by sounds of forest, wind and translated gravitational waves registered by LIGO, will envelop the audience, while animation poetically links image and sound. All languages featured in this immersive oratorio are endangered or extinct.

At an unprecedented speed, faster than the extinction of some species, our linguistic diversity—the very means by which we know ourselves—is eroding. Today, a majority of the world’s population speaks only 30 of the 7,000 languages remaining on earth. It is estimated that at least half of the currently spoken languages will have died by the end of this century. In fact, a language dies every two weeks. By definition, this loss occurs in silence, since silence is the very form of this extinction. Last Whispers is an invocation of that which has gone extinct and an incantation of those that are endangered.


It is an immersive oratorio composed of their recordings: a video/audio installation and virtual reality experience.