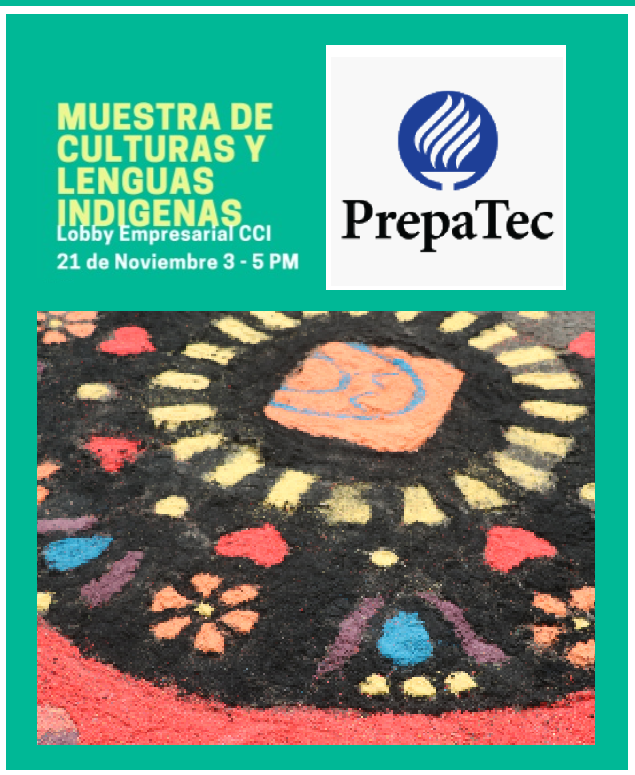 During our August-December semester in Prepa Tecnológico de Monterrey Campus Tampico, our Social Sciences, Humanities and Languages teachers designed special academic activities centered on indigenous languages and cultures of Mexico, and, on the 21/November/2019 we had a school-wide exhibition of the learning and artistic products made by our students. These activities were of a wide variety:

We also had the participation of José Castañeda, a communicator and musician who’s worked with indigenous communites extensively, developing environmental and economic projects throughout Mexico. Mr. Castañeda gave us a presentation on his life experience in this kind of work.

Community Voices: Migration and the Loss of Cultural Heritage