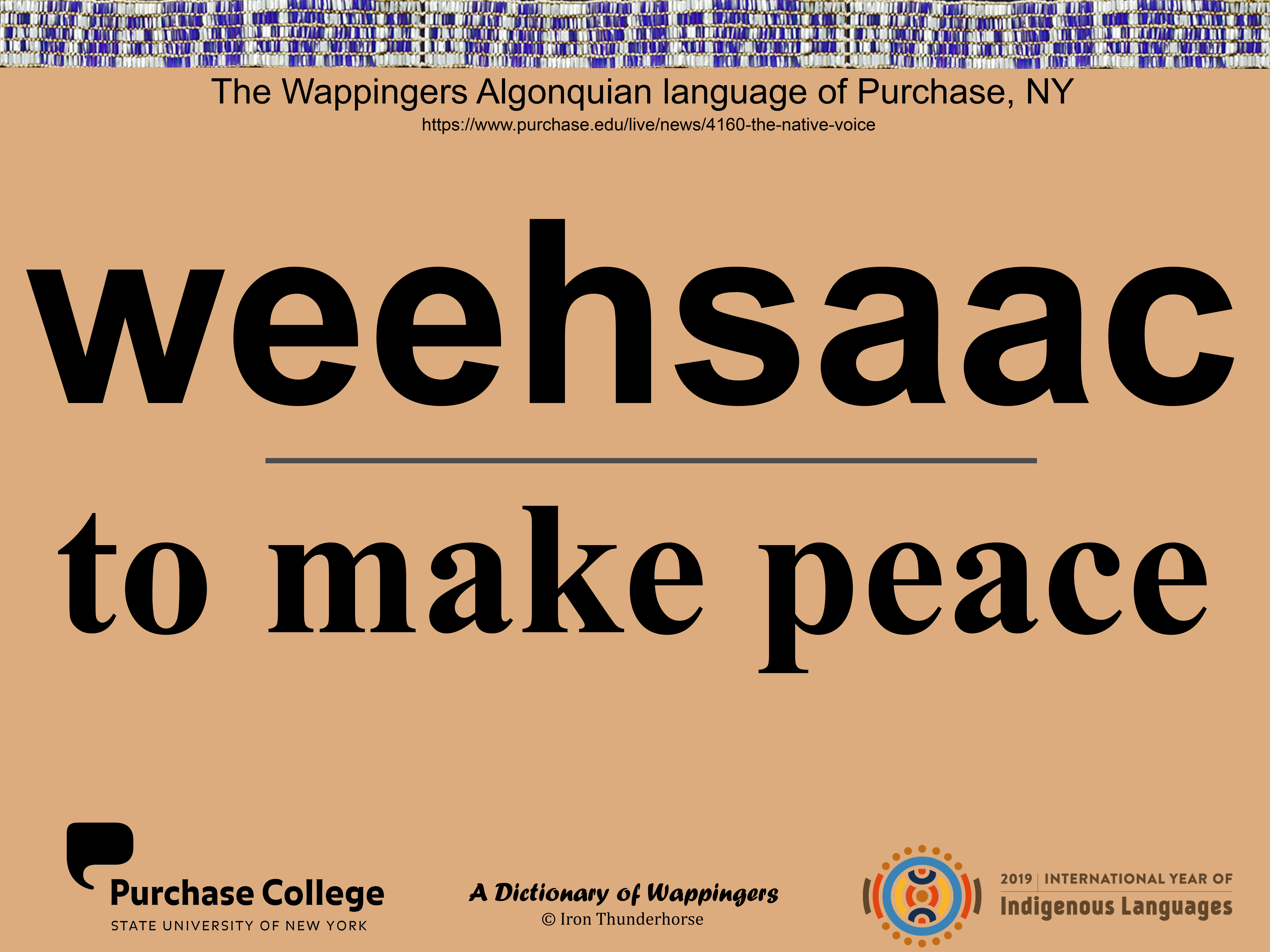 ‘The Native Voice’ is a public installation at Purchase College consisting of outdoor lawn signs presenting words in the Wappinger Algonqiuan language and translations in English.  There are also primary display signs introducing IYIL19 and Native American Heritage Month.  The goal of this project is to introduce the campus community to the native language of Purchase and to raise awareness of native heritage and endangered languages worldwide.  The Wappingers dialect of Eastern Algonquian was spoken by the local Siwanoy, Quarropus, Warramaug, and Mamaroneck tribes, all part of the Wappinger Federation, who lived in the Purchase area and traded wampum beads made of seashells to the interior tribes.  The Wappingers dialect was spoken throughout Westchester and western Connecticut and is closely related to the Lenape language of NYC and New Jersey, the Mahican language of the upper Hudson Valley, and the Mohegan-Pequot language of Eastern Connecticut. Today, the Wappingers dialect of Eastern Algonquian has no native speakers left.  The descendants of the many Wappingers tribes have joined together with Lenape and Mahican peoples to form several federally recognized nations including the Nanticoke Lenni-Lenape (in New Jersey), and the Mohican Stockbridge-Munsee (today in Wisconsin).