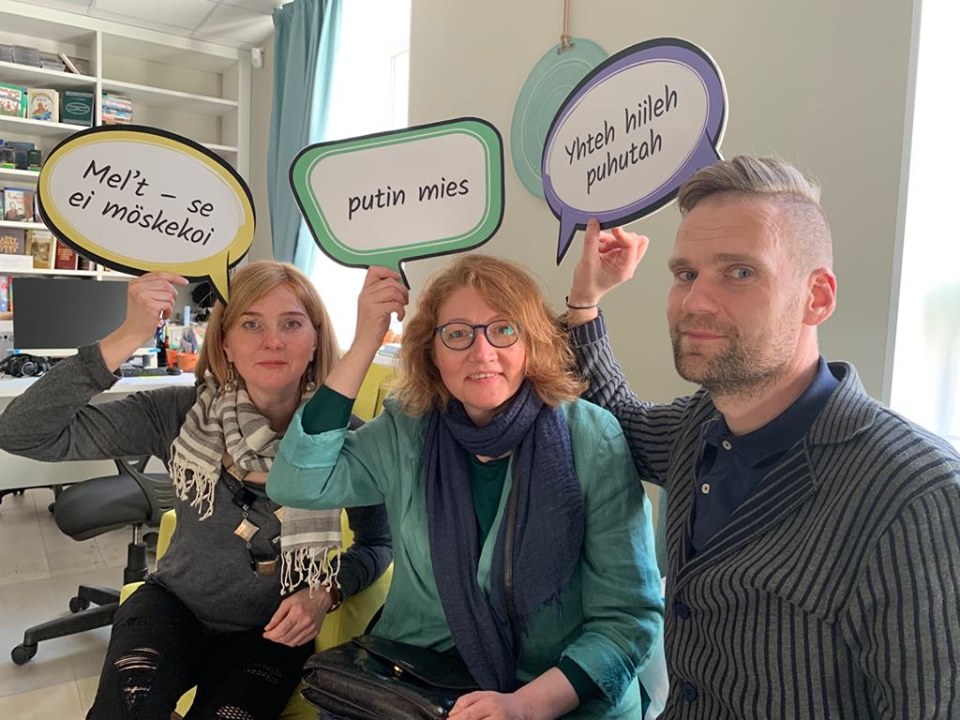 The forum was the closing event of the international project SANA 2019 which united civil society organisations of indigenous peoples from Karelia, Leningrad Oblast (Russian Federation), Estonia and Finland.

The first day pdf the Forum addressed best community-based practices of language revitalization and discussed how to find the balance between the educational system and civic activism.

The second day of the Forum included a seminar “Community-level language activism in Karelia: experiences and opportunities” where representatives of Karelia’s ethno-cultural centres shared their experiences.

Core element of the event constituted presentations of ten mini-projects that received financial support from the SANA 2019 project. These projects raised keen interest of the international audience – including the Seto workbook of word-games for children in Estonia, online course for learning the nearly extinct Livonian language in Latvia, interactive quest in the Votic museum of Leningrad Oblast, fashionable bumper stickers and office stationery in Karelian language. The animated film “Journey of Linen from Pryazha to Paris” in Karelian language was screened for the first time at the Forum. These and other existing initiatives were included in the interactive online publication of best Finno-Ugric practices which was also introduced to the audience.

Participants visited Language Resource Media-Centre of the Karelian, Vepsian and Finnish Languages in the Republic of Karelia.

As a result of the two days of work, an outcome document was adopted with recommendations for multiple stakeholders involved in language preservation and development. Language activists had a chance to learn from each other and plane future activities of the Civic Network for Preservation and Revitalization of Indigenous Languages.